Guy Penrod was raised in Hobbs, New Mexico. After graduating from Hobbs High School, he attended Liberty University where he received a bachelor's degree in music, Bible and theology. He also met his wife, Angie, at Liberty.

After completing his degrees, Guy first took a position teaching a music class at a Christian school in Atlanta. He soon relocated to Nashville, TN where he worked extensively as a studio singer during the 1980s and early 1990s. He was a member of the Christ Church Choir and regularly appeared as a background singer on the television show Music City Tonight.

In the spring of 1995, Guy got the call from Bill Gaither to join the Gaither Vocal Band. Known for his distinctive appearance and powerful vocals, Guy quickly won his way into the hearts of GVB fans. In addition to singing, Guy co-produced several of the group's award winning CDs. In 2005, a compilation CD of his most memorable performances was released along with a companion DVD.

Guy left the Gaither Vocal Band to pursue a solo career in the fall of 2008.

hi-res
2005 The Best of Guy Penrod (Spring House Records/SHD2612): Good Good News; He's Watching Me; Resurrection; Yes I Know; I'm Gonna Sing; On The Authority; It Is Finished; Knowing You'll Be There; The Baptism Of Jesse Taylor; Sinner Saved By Grace; He Came Down To My Level; The Old Rugged Cross Made The Difference; Loving God Loving Each Other; Singing With The Saints; Palms Of Victory; Then Came The Morning; I Believe In A Hill Called Mount Calvary; At The Cross (The songs on this project are a compilation of Gaither Vocal Band releases featuring Guy Penrod's vocals).

hi-res
2010 Breathe Deep (Servant Records/SHD6052): Even When We Do; Pray About Everything; Are You The One; Every Saint; The World Goes 'Round; Young Enough To Know Better; Breathe Deep; More Power To Ya; Nothin' More Beautiful Than That; The Maker Of Them All; The Broken Ones; The People That Matter; Knowing What I Know About Heaven.

hi-res
2012 Hymns (Servant Records/SHD6142): Leaning On The Everlasting Arms; Count Your Blessings; The Old Rugged Cross; Down At The Cross; He Hideth My Soul; We'll Understand It Better By And By; Rock Of Ages/I Stand Amazed; What A Friend We Have In Jesus; The Solid Rock; Amazing Grace; Does Jesus Care (with George Beverly Shea); Nothing But The Blood; Softly And Tenderly. 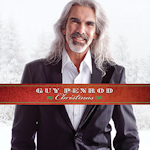 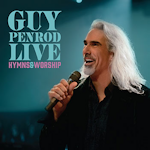 hi-res
2016 Live Hymns & Worship (Servant Records): Leaning On The Everlasting Arms; Take My Life; Victory In Jesus; You Reign; The Old Rugged Cross; Amazing Love/Word of God Speak (Medley); Rock Of Ages/I Stand Amazed (Medley); We'll Understand It Better By And By; No, Not One/This World Is Not My Home (Medley); Amazing Grace; Revelation Song; Tis So Sweet To Trust In Jesus; You Never Let Go; Trading My Sorrows; Shout To the Lord; When Love Was Slain; Because He Lives. 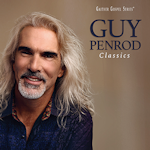 hi-res
2017 Classics (Servant Records): Singing With The Saints; Loving God, Loving Each Other; Alpha And Omega; Knowing You'll Be There; The Old Rugged Cross Made The Difference; I'm Forgiven; Count On Me; Yes, I Know; Then Came The Morning; The Baptism Of Jesse Taylor; Build An Ark; Because He Lives. 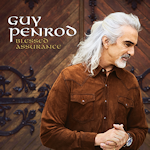 hi-res
2018 Blessed Assurance (Servant Records): Blessed Assurance; Before The Throne Of God Above; There Is Power In The Blood; The Love Of God; In The Sweet By And By; Standing In The Need Of Prayer; I Surrender All; My Jesus, I Love Thee; In The Garden; Draw Me Nearer; Day By Day; I Will Sing Of My Redeemer.