Josh Townsend is a Southern Gospel pianist from Dallas, TX. After occasionally traveling with the Old Paths in 2013, he officially joined the group in September 2014. After that group disbanded, he traveled with the LeFevre Quartet in 2016, again unofficially for a few months, before being named permanent pianist later that same year. In 2017, Townsend joined Legacy Five and remained with them until 2021.

hi-res
2018 Testament (Custom Records): Leaning On The Everlasting Arms; Unclouded Day; Blessed Assurance; I've Got That Old Time Religion; He Hideth My Soul; I'm Getting Ready To Leave This World; He Set Me Free; How Deep The Father's Love/The Love Of God; When God Dips His Love In My Heart; Jesus Is All The World To Me Medley. 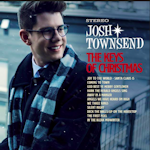 hi-res
2019 The Keys Of Christmas: Joy to the World; Santa Claus Is Coming To Town; God Rest Ye Merry Gentlemen; Hark The Herald Angels Sing; Away In A Manger; Angels We Have Heard On High; We Three Kings; Silent Night; Deck The Halls/Up On The Housetop; The First Noel; In the Bleak Midwinter 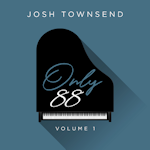 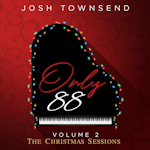 hi-res
2021 Only 88: Volume 2 The Christmas Sessions
All articles are the property of SGHistory.com and should not be copied, stored or reproduced by any means without the express written permission of the editors of SGHistory.com.
Wikipedia contributors, this particularly includes you. Please do not copy our work and present it as your own.