Lauren Talley is the daughter of Roger Talley and Debra Talley, and the niece of Kirk Talley. She sings soprano with her parents in the Talley Trio, a position she has held since she was a young teenager. More than ten songs by the Talleys have reached the number one position on the Singing News radio airplay chart since "Searchin'" in 2001.

In addition to recording with her parents, Lauren has recorded several solo CDs. Her 2017 release The Gospel features several songs she co-wrote, and she also produced the CD. 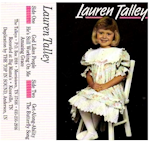 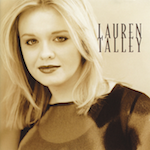 hi-res
2001 Lauren Talley (Horizon Records/HR08862): I Love To Sing Your Praise; He Laid His Hand On Me; Into His Arms Of Love; Joy Unspeakable; Then And There; I Thank You Lord; Will You Marry Me; He's Alive; The Prayer; David Did Dance; How Could I Ask For More. 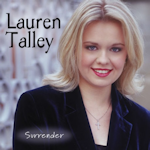 hi-res
2003 Surrender (Horizon Records/HR09522): Sing/Iĺve Got A Song; Count On Me; Thatĺs What I Call Love; I Will Trust In Christ; Closet Religion; I Surrender All; Almighty; Reverend John; Heavenĺs Watching Over Me; Holding Me; I Want To Know Him; All I Need To Know. 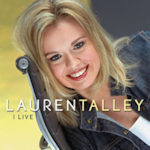 hi-res
2005 I Live (Horizon Records/HR10082): I Live; Hope And Pray; Thatĺs Just The Way The Father Is; Lord I Believe In You; Redeemer, Savior, Friend; Someday You Will; That Name; On Bended Knees; More; Silent Treatment; Youĺll Never Walk Alone; Lord I Believe In You/(Cristo Yo Creo En Ti). 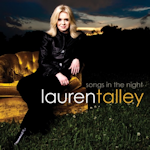 hi-res
2010 Songs In The Night (Horizon Records/HR12472): Songs In The Night; The Extra Mile; Just As I Am; Hallelujah Anyhow; He Will Carry You; In Christ Alone; My Life Is In Your Hands; The Wildest Places; Behold The Lamb; All You Need When You Need It. 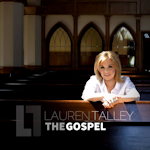 hi-res
2017 The Gospel (Horizon Records/HR16742): I Believe; The Cradle, The Cross, And The Crown; I Am Not Ashamed; I Hear A Song; Everything; The God Who Never Changes; Our Song Will Be Jesus; The Blood Of Jesus Speaks For Me; Hallelujah What A Savior; What Grace Is Mine. 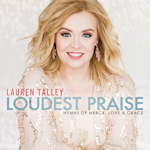 hi-res
2019 Loudest Praise: Hymns Of Mercy, Love & Grace (Horizon Records/): Come Thou Fount Of Every Blessing; What A Friend We Have In Jesus; When God Dips His Love In My Heart; When I Survey The Wondrous Cross; Does Jesus Care; His Eye Is On The Sparrow. 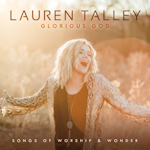 hi-res
2019 Glorious God: Songs Of Worship & Wonder (Horizon Records/): Glorious God: What A Beautiful Name: Agnus Dei; Mercy Tree; The Heavens Are Telling; Let The Glory Come Down; Jesus At The Center; Jesus Only Jesus; A Wretch Like Me. 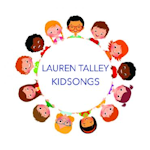 hi-res
2020 Kidsongs: He's Got The Whole World; I'm Abiding In Jesus; Strong In The Strength; Deeper Than The Ocean; Love Everybody In The World; An Apple A Day; What Makes Popcorn Pop; Love Makes A Friend; Jesus Loves Me Medley; Miracles Can Happen; Friends (These are songs recorded by Lauren as a child in 1989 and 1991. The CD version also includes performance tracks).
All articles are the property of SGHistory.com and should not be copied, stored or reproduced by any means without the express written permission of the editors of SGHistory.com.
Wikipedia contributors, this particularly includes you. Please do not copy our work and present it as your own.