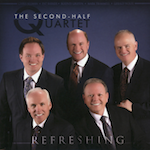 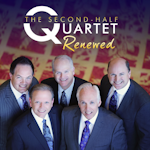 hi-res
2017 Renewed (Daywind Records/DAY): During The Rapture; Crown Him King; Wedding Music; Alone In The Garden; I'm In The Shadow; God Delivers Again; Miracles Will Happen On That Day; Who Am I; John The Revelator; Sin Will Take You Farther; You're Gonna Live When You Die; Far Above The Starry Sky (Chris Allman, Rodney Griffin, Mark Trammell, Pat Barker, Gerald Wolfe).
All articles are the property of SGHistory.com and should not be copied, stored or reproduced by any means without the express written permission of the editors of SGHistory.com.
Wikipedia contributors, this particularly includes you. Please do not copy our work and present it as your own.